A Bronx principal accused of being a bully yanked an 8th-grader from an advanced class and confined him to a room without a desk for the rest of the school year — because he wasn’t wearing the school uniform shirt, the teen’s family says. JHS/MS 80 Principal Emmanuel Polanco isolated 13-year-old Wilfred Maisonet last April because he “wanted to make an example of him,” his parents told The Post. The parents begged Polanco to remove Wilfred from the baseball team as an alternate punishment. “I’d rather take away his baseball than his education,” said his mom, Samantha Maisonet. But Polanco allegedly refused. While his honors class prepped for the challenging exams — normally given in high school 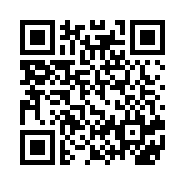