The Morning After: Weekend Edition

It's the weekend already? You might have a strange email from Twitter in your inbox, and if you've shopped with OnePlus lately then it might be time to cancel your card.

Ouch.OnePlus says up to 40,000 customers affected in credit card breach

In a statement released Friday, OnePlus said credit card information belonging to up to 40,000 customers was captured by a malicious (and currently unknown) actor between November 2017 and mid-January 2018.

It took a video of a dead body for the company to finally reconsider its approach to content moderation.

Twitter announced its ongoing investigation found thousands of additional accounts associated with the Russian government-linked Internet Research Agency (IRA). Now, it's emailing notifications to everyone in the US who inadvertently followed one or retweeted or liked one of their messages -- which is some 677,775 people.

If you've ever wondered if there's a museum portrait somewhere that looks like you, and you're ready to have your ego crushed, there's now an app for that. Google Arts & Culture's latest update now lets you take a selfie, and using image recognition, finds someone in its vast art collection that most resembles you. Let's try!

You crazy.Nintendo unveils Labo, DIY cardboard add-ons for the Switch

Behold Labo, a set of DIY tools built on cardboard sheets that turns the console into a powerhouse of play. Make a piano with the Switch's screen for music. No, wait, a motorcycle game with cardboard handlebars. A house with the Switch displaying an interior you can customize. Now is the era of the Toy-Con -- and it involves a recyclable robo-suit. Yay!

The Morning After is a new daily newsletter from Engadget designed to help you fight off FOMO. Who knows what you'll miss if you don't Subscribe.

Have a suggestion on how we can improve The Morning After? Send us a note. 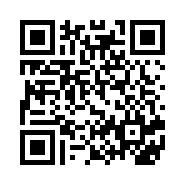