Gold bars and granules are pictured at the Austrian Gold and Silver Separating Plant 'Oegussa' in Vienna October 23, 2012. REUTERS/Heinz-Peter Bader

NEW YORK/LONDON (Reuters) - Gold prices rose slightly on Friday as the U.S. dollar hovered near a three-year low on heightened fears of a U.S. government shutdown, but the precious metal was still on track for its first weekly drop in six weeks.

The U.S. dollar fell versus a basket of currencies as the U.S. Senate raced to avert a government shutdown on Friday ahead of a midnight deadline with no agreement on funding in sight. A weak dollar makes dollar-priced gold cheaper for non-U.S. investors.

"Gold is shaking off an upside bounce to the dollar and looking at the possibility of a government shutdown, said Bob Haberkorn, senior market strategist at RJO Futures in Chicago.

Market participants are also hedging against geopolitical risks of North Korea cancelling its planned delegation visit to South Korea to prepare for a trip by an art troupe during next month's Winter Olympics, Haberkorn added.

However, gold's gains were capped by a week-long rise in bond yields fuelled by expectations that strong global economic data would encourage the U.S. Federal Reserve to press ahead with monetary tightening.

Expectations of rising interest rates tend to lift bond yields, reducing the appeal of holding non-yielding bullion while boosting the dollar, in which gold is priced.

The Fed should raise interest rates three to four times in both 2018 and 2019, Cleveland Fed President Loretta Mester said on Thursday, a pace slightly faster than many of her fellow policymakers prefer.

"The fundamentals remain the same with the large trading range remaining intact at $1,200 to $1,400, with no major change in global political tensions or rate hike outlook," said Mark To, head of research at Hong Kong's Wing Fung Financial Group.

Spot gold is still targeting $1,311 per ounce, as suggested by a small double-top and a Fibonacci retracement analysis, according to Reuters technical analyst Wang Tao. 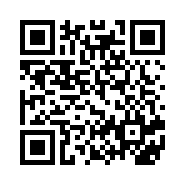