In an appalling incident from Uttar Pradesh's Saharanpur district, cops on night patrol were caught on camera refusing to help two accident victims lying in pool of blood to 'avoid blood stains in car'.

The police officials can be heard asking the people to 'hold on', when they were trying to lift the boys off the road.

Reportedly, the two youths were riding a motorbike when they met with an accident.

The video shows, a man wailing and asking for help, but the cops refuse to carry the bloodied bodies in their car.

One of the bystanders helping the accident victims is heard saying, "Sir, your car will get washed but please open the door."

To this, reportedly, a cop said, "Where will we sit, if the car goes for a wash?"

The onlookers then hail an auto to take the boys to the hospital, where the two were declared dead. 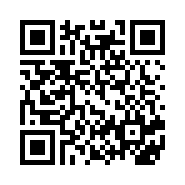