A Texas state judge says that God called on him to intervene and ask the jury to deliver a not guilty verdict in a sex trafficking case.

The Comal County Judge Jack Robison reportedly told jurors last week that when “God tells me I gotta do something, I gotta do it.”

Robison asked jurors for a not guilty verdict in the case of a woman accused of trafficking an underage girl, according to The Dallas Morning News.

Trending: Larry Nassar Victims Are Being Comforted By Preston The Therapy Dog

A Texas judge told a jury last week that God called on him to ask for a not guilty verdict. The judge said because God told him, he had to ask. Getty

But the jury didn’t seem to agree with Robison’s interjection. The jury found Gloria Romero-Perez guilty of continuous trafficking of a person and slapped her with a sentence of 25 years.

Robison recused himself ahead of Romero-Perez’s sentencing and another judge stepped in to fill his place.

The defendant's attorney request for a mistrial was denied.

It’s not the first time Robison’s actions in court have been questioned. The judge received a private reprimand in 2011 for “improperly jailing” a grandfather after he called the judge a fool in a bathroom for his decision in a child custody case, according to The Austin American-Statesman.

Most popular: Trump Praises Women's March, But Many Are Marching Against Him

Robison reportedly ordered bailiffs to arrest the grandfather and place him in jail for 30 days. The grandfather was released after two days.

The State Commission on Judicial Conduct reprimand said that Robison “exceeded the scope of his authority and failed to comply with the law” for jailing the grandfather, according to the Statesman.

Eric Vinson, executive director for the commission, told the Statesman that he could not “confirm or deny” whether a complaint had been lodged against the judge for his actions.

Robison has been in the headlines before. Robison presided over a case in 2014 over Justin Carter, who was accused of posting on Facebook how he wanted to "shoot up a kindergarten." The post was made shortly after 20 children were shot and killed in Newtown, Connecticut.

This article was first written by Newsweek 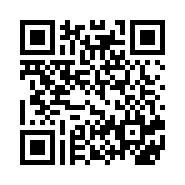