Americans awoke Saturday to learn that bickering politicians in Washington had failed to keep their government in business, halting all but the most essential operations and marring the anniversary of President Trump’s inauguration.

It was a striking display of Washington dysfunction, and the finger-pointing came quickly. Trump tweeted that Democrats “wanted to give me a nice present” to mark the start of his second year in office.

The Republican-controlled Congress scheduled an unusual weekend session to begin considering a three-week version of a short-term spending measure and to broadcast to the people they serve that they were at work as the closure commenced. It seemed likely that each side would push for votes aimed at making the other party look culpable for shuttering federal agencies.

The fourth government shutdown in a quarter century began at the stroke of midnight Friday, last-gasp negotiations crumbling when Senate Democrats blocked a four-week budget extension. Behind the scenes, however, leading Republicans and Democrats were trying to work out a compromise to avert a lengthy shutdown. (AP) 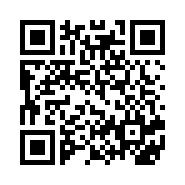