Eric Trump Says Shutdown Is 'A Good Thing For Us'

.@EricTrump joined me over the phone from Mar-a-Lago !

.@EricTrump joined me over the phone from Mar-a-Lago ! pic.twitter.com/Hro3TzUW52

Eric Trump went on Fox News on Saturday night to declare the government shutdown “a good thing for us” — apparently because he believes it makes the Democrats look bad.

The stunning statement came in a brief telephone interview with Fox News host Jeanine Pirro. Eric was in Mar-a-Lago filling in for his dad at $100,000-a-head festivities to celebrate the president’s first year in office. Donald Trump stayed behind in Washington after talks broke down among senators Friday night over a short-term funding agreement to keep the government operating.

Democrats were seeking a deal to protect undocumented DACA immigrants who were brought to the United States as children. Trump was seeking full funding for a wall on the Mexican border and an increased military budget. Senate Minority Leader Chuck Schumer (D-N.Y.) complained Saturday that dealing with Trump was like “negotiating with Jello.”

“Honestly, I think it’s a good thing for us, Judge, because people see through it,” Trump’s second son told Pirro. He claimed Democrats refused to reach an agreement simply to sabotage his father.

“The only reason [Democrats] want to shut down government is to distract and to stop his momentum,” Eric Trump said. “My father has had incredible momentum. He’s gotten more done in one year than arguably any president in history. How do [Democrats] divert from that message? ... They obstruct, they distract, they try to place blame.”

He called his father the “hardest working person I’ve ever met in my life. He has the Democrats absolutely terrified.”

The president plugged his son’s appearance on Fox News in a tweet, then retweeted quotes by Eric praising the president. Trump did not tweet the comment about a government shutdown being “good for us.”

The quote joins a list of startling remarks by Eric Trump. Just days ago he defended his father against charges of racism, telling “Fox & Friends” that his dad couldn’t possibly be racist because he only “sees one color: green.”

Republicans have tried to place the blame for a shutdown on the Democrats,  calling it a “Schumer shutdown.”

But a Washington Post/ABC News poll released Friday revealed most Americans, by a 20-point margin, would hold the president and Republicans responsible for a shutdown.

And in the Twitter world, as of Saturday afternoon, the hashtag #TrumpShutdown had been tweeted more than 2.6 million times, compared to just under 1.2 million tweets of #SchumerShutdown, ABC News reported. Worldwide, #TrumpShutdown was also the top trending hashtag. 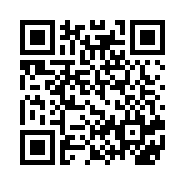