View photos
In this Aug. 1, 2017 photo, Jenni White, mayor of Luther, Okla., talks during an interview in Luther, Okla. When the Walmart Express store was built in Luther, it took the land from the old youth football field. Less than a year after opening its new concept stores known as Walmart Express, the retail giant shuttered the smaller stores intended to compete with dollar stores when they failed to gain traction nationwide. Small towns like Luther are now trying to fill budget gaps to make up for lost sales tax revenue now that Walmart has pulled out. (AP Photo/Sue Ogrocki)

LUTHER, Okla. (AP) — Luther sold its youth football field to Walmart about three years ago so that the company could build one of its Express stores, using the money from the sale and the new tax revenue to pay off the roughly $200,000 in debt that resulted from an embezzlement scandal involving the former town treasurer.

The store opened in May 2015 and closed only eight months later when Walmart pulled the plug on its Express experiment, shuttering all 102 of the smaller stores it had opened in mostly Southern and Midwestern towns to compete with dollar stores. Although many locations were taken over by Dollar General, the tax collections just don't measure up even though the Dollar General stores offer many of the same products, but not a pharmacy.

Tax collections in Luther, a town of about 1,600 on the outskirts of Oklahoma City, rose by $12,000 to $16,000 per month while the Express store was open, said City Manager Scherrie Pidcock. Since Dollar General opened in the larger building, the town's monthly revenue has recovered about two-thirds of the amount it was collecting with the Walmart Express, Pidcock said.

Luther has tried to pinch pennies any way it can. When its lone paid firefighter — the chief — quit the otherwise all-volunteer department in July, he was replaced by a volunteer, saving the town his roughly $2,800 a month salary. Mayor Jenni White, who took office a few months after the Walmart Express closed, said Luther had to put off buying two new police cars.

"We're just trying to go slowly, moving forward and not overspend the budget," White said. "It's what do we need, not what do we want."

Walmart closed its Express locations because of the demand of customers, who wanted more than the 12,000-square-foot stores could offer, according to Anne Hatfield, a spokeswoman for the Bentonville, Arkansas-based company.

"What we learned from the Express stores was that our customers still wanted to shop at the supercenters," Hatfield said. "The customers ... were travelling to the other (supercenter) stores," which, at an average of 187,000-square-feet, sell a full range of groceries, clothing, household and sporting goods, and basic automotive services.

In most of the towns where Dollar General took over the Express locations, it closed an existing smaller Dollar General store and employs about half the 30 workers the Walmart Expresses did.

"Reason number one, Walmart was selling fresh," Johnson said, referring to produce and meats. "Dollar General ... I just don't think they do a good job on it" by displaying items that do not always "appear" fresh, Johnson said.

The disappearance of the Walmart Express pharmacy, which in many towns were the only pharmacies, has also played a role by reducing the number of customers entering the Dollar General stores.

In Nettleton, Mississippi, a town of roughly 2,000 people about 100 miles southeast of Memphis, Tennessee, Mayor Mem Riley said the closing of the Walmart Express about 13 months after it opened cost the town about $24,000 a year in sales tax revenue, forcing the town to shelve its plan to improve its water and sewer services and parks.

"We had plans of doing infrastructure repair. We had those hopes, and then 'bam' it all disappears," Riley said.

In Luther, the youth football league now plays on the high school field, but instead of paying $1 per year rent to the city, the cost is $100 per game day, or about $500 per year, and the youth program no longer receives revenue from concession sales, a loss of about $1,200 each game day, according to Brian Wilson, president of the Little League Youth Football Association.

Birlene Langley, who was Luther's mayor when Walmart came knocking, said Walmart saved the town financially after it was discovered the town treasurer had failed to pay payroll taxes and was embezzling funds, a charge to which the former treasurer eventually pleaded guilty.

"The Walmart is what kept this town from going under," Langley said. "With Walmart, that was the best thing that ever happened to Luther. ... And then they just up and left."

Stung by company's departure, Langley said she vowed to never enter a Walmart again. But she now shops at a supercenter on Interstate 35 in Edmond, about 15 miles (24 kilometers) from Luther.

"Of course I said I'd never walk in one," after the store closed. "But there it is, right there on I-35, it's convenient," Langley said. 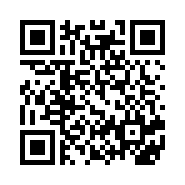