DAVID A. LIEB and SUMMER BALLENTINE
,
Associated Press•January 21, 2018
1 / 7
Missouri Gov. Eric Greitens listens to a question during an interview in his office at the Missouri Capitol Saturday, Jan. 20, 2018, in Jefferson City, Mo. Greitens discussed having an extramarital affair in 2015 before taking office. (AP Photo/Jeff Roberson)

JEFFERSON CITY, Mo. (AP) — In his first interview since acknowledging an extramarital affair, Missouri Gov. Eric Greitens said Saturday that there was "no blackmail" and "no threat of violence" by him in what he described as a months-long "consensual relationship" with his former hairdresser.

Greitens told The Associated Press that he has no plans to resign from office as a result of the affair, despite calls to step aside from several Republican and Democratic state lawmakers.

"I'm staying. I'm staying," he said twice for emphasis, adding about his relationship with his wife, staff and supporters: "We're strong."

Greitens, 43, has remained out of the public eye since shortly after delivering his State of the State address on Jan. 10. Later that night, St. Louis television station KMOV reported that Greitens had an extramarital affair in 2015 as he was preparing to run for governor.

The report included an audio recording of a conversation between a woman and her then-husband — recorded secretly by the husband — in which the woman said Greitens had bound her hands and blindfolded her, taken a photo of her partially nude and warned her to remain silent during an encounter in his St. Louis home.

Greitens did not directly say "yes" or "no" when asked Saturday if he had bound and blindfolded and taken a photo of the woman. But he firmly denied that he had attempted to coerce the woman, or that he or anyone associated with him had paid her to be silent.

Greitens added: "The mistake that I made was that I was engaged in a consensual relationship with a woman who was not my wife. That is a mistake for which I am very sorry."

The AP has not identified the woman because she has not agreed to an interview.

The governor said he has had no other romantic or sexual relationships with anyone else while he's been married.

"I made a mistake with one woman," he said.

A former Navy SEAL officer, Rhodes Scholar, author and founder of a veterans' charity, Greitens took his first step into politics by opening an exploratory committee for governor in February 2015. The extramarital relationship started around that March and ended that fall, Greitens said without being more specific. He officially announced he was running for governor in September 2015. He told the AP he discussed and resolved the affair with his wife that same year.

Greitens emerged the winner in a crowded and expensive GOP primary before defeating the state's attorney general, Democrat Chris Koster, in November 2016 to give Republicans control of the governor's mansion for the first time in eight years.

After news of the affair broke this month, an attorney for the ex-husband said his client told him that Greitens had slapped the woman, and St. Louis Circuit Attorney Kim Gardner said she was opening a criminal investigation into the various claims about Greitens' actions.

Asked Saturday if he had ever slapped the woman, Greitens responded: "Absolutely not."

"As far as my conduct, there is nothing to investigate," Greitens said.

On Friday, CNN reported that the FBI had recently opened an inquiry into Greitens, citing two unnamed U.S. officials as sources. CNN reported that 22-year-old Eli Karabell — who said he had volunteered to help with Greitens' transition in December 2016 — approached the news organization to say he had been interviewed by the FBI last November, though he did not offer specifics about what he told agents.

Greitens' spokeman Parker Briden said Karabell was a "serial liar" who had called Briden multiple times "acting crazy," including claiming he would donate millions to the governor if he could meet with him.

Amid the controversy over his affair, Greitens postponed a scheduled statewide promotional tour this past week for what he had billed in his State of the State address as "the boldest state tax reform in America." Instead, Greitens said he has called almost every state lawmaker and also posted a Facebook apology. Greitens said the "love and support has been tremendous from people all over the state."

Before becoming governor, Greitens wrote a book entitled "Resilience," which was a collection of letters to a former Navy SEAL friend about overcoming adversity. Greitens now finds himself in a similar position, and he said he recently received a call from that friend encouraging him to hang in there. 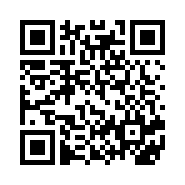