The accused student fired four shots at principal Ritu Chhabra, who was in her office at the time of the incident, with a .32 bore gun and critically injured her, they said.

Chhabra succumbed to her injuries in the hospital. The accused, who was overpowered by school staff, was handed over to the police and was being questioned.

The student, police sources said, was upset over being rusticated from the school.

Yamunanagar is around 100 km from Chandigarh. View More 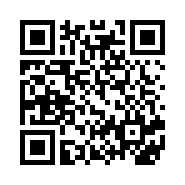