‘Not A Whisper Till 2016’, Tata Sons Raises Delayed Claims By Mistry Firms

Tata Sons Ltd. today stressed on the delay by Mistry firms in taking an oppression and mismanagement action as arguments continued in the matter at the National Company Law Tribunal.

The shortest delay by petitioners in taking action against Tata Sons is eight years, and for some allegations, 45-55 years have passed, Senior Counsel AM Singhvi argued on behalf of Tata Sons. More serious petitions under Article 14 of the Constitution are dismissed when there is a five or an eight-month delay, he said.

Today marked the sixth day of arguments by Tata Sons in the Tata-Mistry battle at the Mumbai NCLT which began hearing the petition in November after the appellate tribunal granted the Mistry firms waiver from the 10 percent shareholding requirement to pursue oppression and mismanagement charges against Tata Sons.

C Sivasankaran, alleged by Mistry firms to be a close confidant of Ratan Tata, took centre stage in the arguments today. Siva purportedly garnered benefits of over Rs 1,000 crore from Tata entities, counsel for the Mistry firms, Aryama Sundaram, had told the NCLT earlier. Singhvi today defended instances of favouritism raised by the petitioners.

Here are some of Singhvi’s arguments from today: 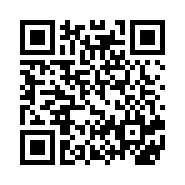