Sanjay Leela Bhansali: We Requested Akshay Kumar To Move The Release Date Of PadMan For Padmaavat; Will Be Grateful To Him For A Lifetime

Sanjay Leela Bhansali: We Requested Akshay Kumar To Move The Release Date Of PadMan For Padmaavat; Will Be Grateful To Him For A Lifetime

PadMan really is quite the superhero for SLB.

Sanjay Leela Bhansali’s film is now gearing up for release as it is now in its final sprint, having faced ordeals no film should face. The Deepika Padukone, Ranveer Singh, and Shahid Kapoor starrer has finally been cleared by all authorities for release on January 25th, however, there was still one concern that was to be dealt with. The clash of Akshay Kumar’s PadMan with Padmaavat wasn’t good news for either party. And moving on that subject, SLB revealed to ANI that it was upon their request that Akshay decided to postpone his film.

In an interview with ANI, Sanjay Leela Bhansali said, “Padmaavat has been made after facing a lot of difficulties, we decided on release date of 25 Jan but it was with Akshay Kumar for release of his film ‘PadMan’, we requested him to move release date of his film ahead, he agreed, will be grateful to him for a lifetime.” Confirming that PadMan will now clash with Aiyaary again, Akshay also said, “It is essential for them to release the film #Padmaavat as quickly as possible, so I agreed to move the release date of my film ‘Pad Man’ ahead, will now be released on Feb 9” ALSO READ: Akshay Kumar’s PadMan Postponed, To Release On February 9, Will Clash With Aiyaary Once Again!

A trade source had earlier told DNA regarding this matter:  “Both the Pad Man and the Padmaavat makers feel it is bad for both films to clash at the box office. It would mean both would eat into each other’s business.” Padmaavat is set to release on January 25, and PadMan will now release on February 9, 2018. 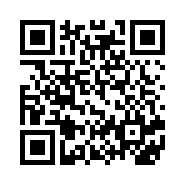