The film will hit screens on June 29 this year.

Ranbir Kapoor recently wanted his Ae Dil Hai Mushkil director Karan Johar to have a look at the Sanjay Dutt biopic. The actor apparently requested Rajkumar Hirani to show the film to KJo as Ranbir believes that the ADHM filmmaker’s understanding of cinema will help them enhance the much talked about Sanjay Dutt biopic. (ALSO READ: Ranbir Kapoor And Mahira Khan Broke Up Just Before New Year? )

Hirani paid heed to Ranbir’s request of showcasing the biopic to Karan following which, the Bombay Velvet baddie has suggested a few tweaks to the project according to a Mid-day report. Though Karan has suggested changes to the Dutt biopic, it remains to be seen if Hirani will consider them. The report also mentions that the PK filmmaker is making sure that his admiration for Dutt doesn’t translate into an outing that appears like an “image-clearing exercise” for the actor.  (ALSO READ: From Rajinikanth’s 2.0 To Ranbir Kapoor’s Sanjay Dutt Biopic — Check Out The Revised Release Dates Of Bollywood Biggies This Year )

Apart from Ranbir Kapoor who has stepped into the shoes of Sanjay Dutt, the much talked about biopic also stars Sonam Kapoor, Anushka Sharma, Paresh Rawal, Manisha Koirala, Vicky Kaushal, Dia Mirza among others. The film was to earlier release at the end of March will now hit screens on June 29, 2018 as the makers are currently busy with the post-production work on the film. 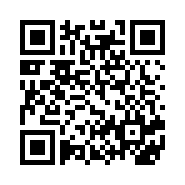