Justice J Chelameswar of the Supreme Court today asked the youth to value the biggest public policy document — the Constitution of India — which was prepared by people who made great sacrifices for the country as freedom fighters.

“The greatest public policy is the Indian constitution itself and the centre which created it is the Constituent Assembly,” Justice Chelameswar said.

Each set of words in the documents reflect their experience and knowledge, he said.

Justice Chelameswar was one of the four Supreme Court judges who recently virtually revolted against the Chief Justice, raising a litany of problems, including assigning cases in the top court. He was addressing a gathering at the inauguration of a department in an educational institution here.

Justice Chelameswar said he knew that the constitution was amended from time to time depending upon the demands of the time. “But so long as we are governed by the constitution, our policymaking should be subject to the broader constituents governing us,” he said.

Calling Justice Chelameswar as the 'Sanyasi' in the court, former Chief Justice of India Justice M N Venkatachalaiah said “justice, truth and courage are the companions of his soul. It is impossible to assess the dimensions of his personality”. 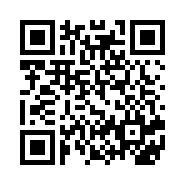