Quitting Alcohol Isn't Hard at All - If You Follow This Method

Here's the thing: quitting alcohol is not hard. Unless you're dealing with a serious illness (read: alcoholism), it's actually very, very easy. If you say it's hard, you're in for a reality check, sister. You're not giving up food, you're not short on medication, you're not fighting an illness . . . you're just not drinking. I say this from experience, because it was one of the easiest things I've ever done.

It probably doesn't come as much of a surprise to you that I'm a fitness editor, and I don't really drink. I didn't have any alcohol during Lent (about six weeks), I can't remember the last time I was drunk, and I have no idea where the local bar is in my neighbourhood. Do I abstain from alcohol completely? Nah! I've come to learn recently that Pinot Noir is pretty nice, I make a boozy Disaronno and Bailey's cocoa around Christmastime, and when I'm on holiday in Maui I'll definitely have a piña colada (though honestly I still prefer the virgin variety). And yeah, if I'm going away on a girls' trip for a weekend, I'll definitely have some Rosé or fruity cocktails and let loose. Booze is just not part of my regular routine anymore, and I'm better for it.

Related
Which Is Worse: Dessert or Alcohol? (We Asked the Expert)

What might surprise you, however, is that this lifestyle is starkly different from what my life was about two years ago. VERY stark. Let's rewind a little.

My first drink of alcohol was at the age of 15 (I'm so sorry, Mum and Dad, I know you're reading this). I'd consider my high school self to be pretty straight-laced and goodie-two-shoes (I somehow never got into trouble), but I also went to parties, played beer pong, took shots, and made questionable decisions. But I came out OK! My grades were great, and that landed me at a pretty awesome college . . . that was also a bit of a party school.

"Quitting alcohol was one of the most natural things I've ever done, and my quality of life hasn't suffered at all."

Things went to the next level once I was in Uni, and especially after I joined a sorority. I fortunately have no real horror stories, but the drinking continued and was frequent. I somehow had the metabolism of a hummingbird, so the five-to-seven-nights-a-week drinking schedule coupled with drunken Domino's and Del Taco excursions and a complete and total lack of exercise (I had never heard the term "burpee" in my life) didn't really affect my body. I had a blast. Despite pouring liquid poison into my veins en masse every night and doing the literal opposite of what you're supposed to do for health and wellness, I was thriving.

I entered the real world, and worked for a company that perhaps had a little too much fun, and dated someone who perhaps enjoyed bottomless mimosas more than most people . . . so although I wasn't necessarily as wild as I was in college, the drinking continued to be constant. Margaritas flowed every Taco Tuesday, cocktails were knocked back every Friday night, bottomless mimosas and Bloody Marys were toasted at every brunch . . . if we were out, and the day of the week ended in a "Y," we were ordering drinks. At a concert? Probably tipsy. Going to the park? Sneaking beers. If we were at someone's house, we were buzzed. It was my normal.

When I left my job and that relationship ended, I was in a weird (read: bad) place. And for whatever reason, my first plan of action - instinctively - was to quit all booze. Cold turkey. I figured since it was a depressant, it would only make me more depressed. This decision was made about two years ago, and I haven't looked back. 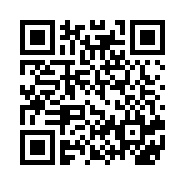