WASHINGTON — It's a he said-he said thing.

Donald Trump once promised to be "very restrained" on Twitter — "if I use it at all." He thought campaign foreign policy adviser George Papadopoulos was an "excellent guy" — until Papadopoulos pleaded guilty to lying to the FBI. The president backed Republican Roy Moore in the special election for a U.S. Senate seat from Alabama. But after a Democrat won the seat, Trump said he knew the embattled GOP candidate couldn't win.

Ten instances in which Trump squared off against himself:

One year into Trump's presidency, hardly a day passes without Trump using Twitter against perceived adversaries, including Republican and Democratic lawmakers; FBI officials he thinks are out to undermine his presidency; and journalists he says publish "fake news" about him. One of Trump's most recent Twitter targets: "Sloppy Steve" Bannon.

"I like Mr. Bannon. He's a friend of mine. But Mr. Bannon came on very late. You know that. I went through 17 senators, governors, and I won all the primaries. Mr. Bannon came on very much later than that. And I like him, he's a good man. He is not a racist, I can tell you that. He's a good person. He actually gets very unfair press in that regard. But we'll see what happens with Mr. Bannon. But he's a good person, and I think the press treats him, frankly, very unfairly." — Aug. 15, 2017, Trump Tower news conference three days before Bannon was forced out as White House chief strategist.

"Steve Bannon has nothing to do with me or my Presidency. When he was fired, he not only lost his job, he lost his mind." — Jan. 3, 2018, written statement after derogatory comments about Trump's daughter Ivanka and eldest son, Don Jr., were attributed to Bannon by the author of an explosive behind-the-scenes book about Trump's first year.

"Spoke to Roy Moore of Alabama last night for the first time. Sounds like a really great guy who ran a fantastic race. He will help to #MAGA!" — Sept. 27, 2017, tweet, referencing his "Make America Great Again" campaign slogan, after Moore won the Republican runoff for a U.S. Senate seat from Alabama.

"The reason I originally endorsed Luther Strange (and his numbers went up mightily), is that I said Roy Moore will not be able to win the General Election. I was right! Roy worked hard but the deck was stacked against him!" — Dec. 13, 2017, tweet after Moore lost to Democrat Doug Jones.

"Excellent guy." — Trump said of his campaign foreign policy adviser during a March 2016 meeting with The Washington Post editorial board.

"Few people knew the young, low level volunteer named George, who has already proven to be a liar." — Oct. 31, 2017, tweet after Papadopoulos pleaded guilty to lying to the FBI.

Trump complained during the campaign about NATO being an "obsolete" Cold War-era holdover that had yet to reorient itself toward the modern-day fight against terrorism. As president, he shared a different opinion following a White House meeting with NATO Secretary-General Jens Stoltenberg.

"The secretary-general and I had a productive discussion about what more NATO can do in the fight against terrorism. I complained about that a long time ago and they made a change, and now they do fight terrorism. I said it was obsolete; it's no longer obsolete." — April 12, 2017, White House news conference with Stoltenberg.

"I told Rex Tillerson, our wonderful Secretary of State, that he is wasting his time trying to negotiate with Little Rocket Man ... Save your energy Rex, we'll do what has to be done!" — Oct. 2, 2017, tweet.

"I will direct my secretary of the Treasury to label China a currency manipulator. They are. They know it. I have a great relationship with China. I've made a lot of money with China, but you know what, they know. They told me. That's how they do it. It's the single greatest tool they have, currency manipulation, and they're grand masters. They do a great job. I congratulate them. I'm not angry at China. I'm angry at our country for allowing them to do it." — Oct. 24, 2016, campaign speech in St. Augustine, Florida. 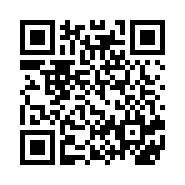