But Guess who is teaching Misha the art of drawing?

Shahid Kapoor‘s daughter, Misha is growing up to be one cutie. Shahid and his wife, Mira Rajput, always keep us hooked with baby Misha’s picture and we can’t stop asking for more. They have always been sharing cute little moments of Misha’s life on social media platforms and the pictures are adorable. A few days ago, she was seen learning dance steps and also cycling. Now, a picture of Misha learning to draw has been shared by Shahid on Instagram. But guess as to who is teaching Misha the art of drawing? It is not Shahid. In fact, it is Shahid’s brother and Misha’s uncle, Ishaan Khatter. Isn’t it adorable?

Before this picture, we have seen Ishaan bonding with Misha in another picture, which he captioned, “Best bites ever.” Now, we see Shahid putting up this adorable picture of Ishaan, teaching Misha how to draw and we bet you can’t stop gushing over it. Shahid took to Instagram to share this cute picture and wrote, “Perfect day.” While it is too difficult to guess as to who is teaching Misha, we are sure it is Ishaan. While Ishaan is drawing a bird and a boat, Misha seems to be enjoying watching him draw. Check out the picture here… (Also Read: Just 10 pics from a day in Shahid Kapoor’s little princess Misha’s life)

Ishaan will be soon making his Bollywood debut opposite Janhvi Kapoor with his upcoming movie, Dhadak. The movie is an adaptation of the critically as well as commercially successful Marathi film, Sairat. The movie will be directed by Humpty Sharma Ki Dulhania director, Shashank Khaitan. 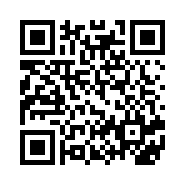