HOUSTON — A NASA astronaut who was slated to become the first African American to serve as a member of the crew aboard the International Space Station has been removed from her upcoming mission.

Jeanette Epps, who had been scheduled to launch to the space station in June of this year for a five-month expedition, has been replaced on the flight by another NASA astronaut, Serena Auñón-Chancellor, who was serving as Epps' backup.

NASA announced the crew change on Thursday (Jan. 18), stating that Epps will assume duties in the Astronaut Office at Johnson Space Center in Houston, and "be considered for assignment to future missions."

The reason for Epps' removal was not given. Brandi Dean, a NASA spokesperson, said that a number of factors were considered.

Epps, 47, was chosen by NASA to train as an astronaut in 2009. In January 2017, the space agency announced that Epps would become the first African American station crew member, launching with two other crewmates on Russia's Soyuz MS-09 spacecraft. Once on the space station, Epps would serve as a flight engineer on both the Expedition 56 and Expedition 57 crews.

Six African-American astronauts — Robert Curbeam, Alvin Drew, Joan Higginbotham, Leland Melvin, Robert Satcher and Stephanie Wilson — previously visited the station on space shuttle missions to assemble and supply the orbiting laboratory, but Epps would have been the first to serve on the space station's resident crew.

The news of Epps' flight assignment quickly spread online, appearing on numerous websites and in news publications worldwide. Woman's Day featured Epps on the cover of its 80th birthday issue in September 2017.

"Next year, astronaut Jeanette Epps will add her name to an exclusive list of women who have traveled to space," Woman's Day reported at the time." After almost a decade of training in robotics and the Russian language — so that she can communicate with the cosmonauts on her mission — she will become the first African American woman to live and work long-term at the International Space Station."

Prior to her space station assignment, Epps served on a panel focused on improving crew efficiency on the outpost. She also worked as a support crew member for two station expeditions and as a spacecraft communicator, or capcom, in mission control.

Most recently, Epps was assigned as backup to Norishige Kanai, an astronaut with the Japan Aerospace Exploration Agency (JAXA), who lifted off to the space station on Dec. 17, where he is currently an Expedition 54 flight engineer.

"We together went through all trainings and examinations and all of the requirements. I am pretty sure your time will come pretty, pretty soon," said Kanai, addressing Epps at his pre-launch press conference.

View photos
Jeanette Epps, seen with her former crewmates Sergey Prokopyev (at center) and Alexander Gerst in December 2017 at the Baikonur Cosmodrome in Kazakhstan. Andrey Shelepin/GCTC via NASA 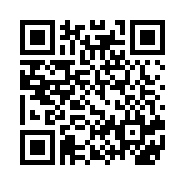