A tsunami warning is in effect for coastal British Columbia and parts of Alaska after a powerful earthquake struck, about 250 kilometres southeast of Chiniak, Alaska.

The U.S. Geological Survey initially reported the quake's strength at 8.2 early Tuesday and later downgraded that to 7.9 with a depth of 25 kilometres. At least three aftershocks have been reported.

The weather agency says people in coastal areas are at risk and should move to high ground now and heed further instruction from local authorities.

Emergency Info BC, directed by the province's lead agency for disaster management, says there is also a tsunami warning in effect for the Juan de Fuca Strait coast, the outer west coast of Vancouver Island and Haida Gwaii.

The emergency agency for Tofino, B.C. on Vancouver Island tweeted a photo of people gathering in an evacuation centre. Tofino Emergency said the first wave was due to arrive at 3:40 a.m. PT.

The U.S. Pacific Tsunami Warning Centre issued a tsunami watch for the state of Hawaii, which was later cancelled. 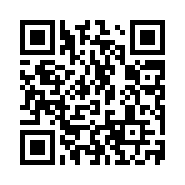