VANCOUVER — Tsunami warning sirens were going off in Tofino and other coastal communities on British Columbia's west coast Tuesday morning after a powerful earthquake struck off Alaska.

The U.S. Geological Survey says the quake had a preliminary reading of 8.2 and struck 278 kilometres southeast of Kodiak at a depth of about 10 kilometres.

The warning did not include Vancouver.

The agency says anyone in a tsunami warning area should evacuate inland or to higher ground, or move to an upper floor of a multi-story building, depending on individual situations.

Dan Banks, a public works employee in Tofino, says residents in low-lying areas, including resorts on along the beach, were told to go to higher ground.

"It's tsunami protocol, everybody is going to high ground and evacuating the low-areas like they are supposed to," he said.

Banks said residents gathered at a community hall after the sirens were sounded.

The tsunami sirens went off on two of the main beaches of the town, where most resorts are located and where many residents live, he said.

Banks said staff at the resorts would have been alerted.

The warning said people should move away from the water, off beaches, and away from harbours, marinas, breakwaters, bays and inlets. Boat operators should move their boats out to sea to a depth of at least 55 metres.

"I'm sure there are a few people who have ignored the warning, but as far as I know everybody is evacuated that needs to be evacuated," he added.

He said the residents have been told to go to a gathering spot 10 kilometres south of town.

Gillian Der, a University of British Columbia geography student who is studying in Queen Charlotte on Haida Gwaii, said she didn't feel the earthquake.

"I don't think any of us felt anything," she added.

"I just heard the fire trucks going around, honking their horns and on the loud speaker saying there is a tsunami warning. It was very apocalyptic. So I was just running up the street to the muster station, up the big hill."

In Alaska, warnings from the National Weather Service sent to cellphones said: "Emergency Alert. Tsunami danger on the coast. Go to high ground or move inland."

A dispatcher at the Kodiak police department answered a call from The Associated Press by saying, "If this about the tsunami, you need to get to higher ground immediately."

People reported on social media that the quake was felt hundreds of kilometres away in Anchorage.

Keith Perkins, who lives in the southeast Alaska community of Sitka, arrived at the high school early Tuesday morning, after an alarm on his cellphone alerted him of the tsunami warning. He says the city's sirens also went off later.

Given the magnitude of the earthquake, Perkins said he thought it best to head to school, the tsunami evacuation point, even though in the past he felt his home was at a "high-enough spot."

"I figured I'd probably just better play it safe," he said.

He said police officers were directing traffic and the parking lot at the school was filling up. He said he saw some people carrying suitcases or backpacks. Perkins said he didn't bring anything along.

The remainder of the U.S. West Coast was under a tsunami watch.

— With files from The Associated Press 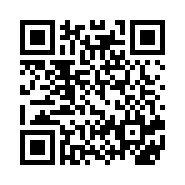