Harlan Ellison, the prolific, pugnacious author of "A Boy and His Dog," and countless other stories that blasted society with their nightmarish, sometimes darkly humorous scenarios, has died at age 84.

Ellison's death was confirmed Thursday to The Associated Press by Bill Schafer, an editor with Subterranean Press, the author's publisher. A woman who answered the phone at Ellison's office, who declined to give her name, said he died Wednesday in his sleep.

During a career that spanned more than half a century, Ellison wrote some 50 books and more than 1,400 articles, essays, TV scripts and screenplays. Although best-known for his science fiction, which garnered nearly a dozen Nebula and Hugo awards, Ellison's work covered virtually every type of writing from mysteries to comic books to newspaper columns.

He was known as much for his attitude as his writing - he described himself once as "bellicose." His targets were anyone or anything that offended him, from TV producers to his own audience. An encounter with Frank Sinatra, when the two faced off while Ellison was shooting pool, was immortalized in Gay Talese's famous 1966 magazine profile of the singer.

"I go to bed angry and I get up angrier every morning," he once said.

"Harlan Ellison: There was no one quite like him in American letters, and never will be," author Stephen King Tweeted on Thursday. "Angry, funny, eloquent, hugely talented. If there's an afterlife, Harlan is already kicking ass and taking down names."

Several of Ellison's works were translated into dozens of languages.

One of the best-known, "A Boy and His Dog," portrays a world devastated by nuclear war and fought over by vicious gangs.

The hero, a young thug whose traveling companion is a mutant, telepathic dog, is lured to an underground community but rebels against its sterility. The novella was the basis for a 1975 movie starring Don Johnson. The film's gruesome but darkly comic ending elicited stunned laughter from its audience when it was the featured film at a science fiction movie marathon in Los Angeles that year.

Ellison recently expanded the story into a full-length novel, "Blood's A Rover," that Subterranean is publishing this month.

Some of his most popular works were surrealistic fantasies set in grisly worlds run by totalitarians and conformists. Some were humorous; many were shockingly graphic for their time.

He once said he wanted his stories "to grab you by the throat and tear off parts of your body."

His short story, "I Have No Mouth & I Must Scream," is about the last humans, eternally tortured by a malevolent, godlike computer. It was made into a computer game, with its author providing the machine's voice.

Ellison disliked computers and worked on old manual typewriters, although he denied being anti-technology.

"I hate the uses that technology is put to," he once said.

Sometimes, for promotional purposes, he would write his stories while seated in bookstore windows. 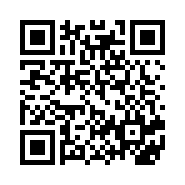