Maryland shooting: Tributes pour in for five people killed in 'targeted' attacked on US newspaper the Capital Gazette

View photos
Mass shooting: The five victims of the attack at the Capital Gazette

Tributes have poured in for the five victims of a mass shooting at a US newsroom in a horrific “targeted” attack on journalists.

The terrifying scenes unfolded on Thursday when the attacker, armed with a shotgun and smoke grenades, burst into in the offices of the Capital Gazette in Annapolis, Maryland.

The suspect, named as 38-year-old Jarrod Warren Ramos, was detained after officers found him hiding under a desk in the building.

The 59-year-old joined the Capital in 2010 as assistant editor after working as a reporter at the Baltimore Sun for 15 years.

According to the Baltimore Sun, he and his wife Maria, with whom he had three children, had celebrated their 33rd anniversary just days before he was killed.

His brother, Carl Hiasson, wrote in a Facebook post that he was "one of the most gentle and funny people I've ever known".

He said: “I am devastated and heartsick to confirm the loss of my wonderful brother Rob today in the mass shooting in the newsroom at the Annapolis Capital Gazette.

"Rob was an editor and columnist at the paper, and one of the most gentle and funny people I've ever known. He spent his whole gifted career as a journalist, and he believed profoundly in the craft and mission of serving the public's right to know the news.

"We called him Big Rob because he was so tall, but it was his remarkable heart and humour that made him larger than all of us."

Capital Gazette reporter Danielle Ohl wrote: “We’d often say: Rob is a poet. Rob cared about words & feelings. He’d send me messages with nothing but a stupid word I’d used in a sentence & a way to make it better. He loved music & red wine. He was getting into George Saunders.

“He cared, deeply & thoughtfully, about people.”

Baltimore Sun reporter Pamela Wood, who used to work at the Capital said that "Rob was great."

The Wire creator David Simon, who worked for the Baltimore Sun for 12 years, described Mr Hiasson as a “committed, lifelong newspaperman and journalist” and “fine, wonderful soul.” 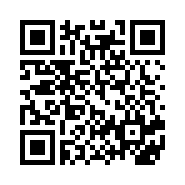