32 important facts about LeBron James on his 32nd birthday

LeBron James is 32 years old today. This past decade of basketball has revolved around him, and his streak of six straight finals appearances is unprecedented and still going. He’s certainly the greatest player of this generation, and he’s far from done.

We don’t have a cake or a birthday card, and instead of getting him a gift we made him a gif.

Here are 32 things about James on his 32nd birthday, just because.

1. At 32, LeBron James is a three-time champion who has won four MVP awards. Obviously, he could make those numbers four and five this season, although through a third of a season there are several players who must be the favorite for MVP over him.

2. At 32, Michael Jordan won his fourth championship — with two more following the next two years — and his fourth of five MVP awards. He also averaged 30 points, something James has only done twice in his career and not since 2008.

4. That said, James isn’t comparing himself to Jordan.

5. James is right, of course. James is tying his career high in assists this season (8.6) and is nearly doing it with rebounds, too, averaging 7.9 while his career high is 8.0. After returning from baseball at 31, Jordan never averaged more than seven rebounds or six assists per season.

“He's got the explosiveness and power of Dominique Wilkins, the scoring ability of Jordan at times," Lue said. "The court vision and the way he pushes the pace like Magic Johnson and having the height, so he's a mixture between three guys and as far as a comparison between him and Jordan, the comparisons I have is when you're on top, the best player in the league for so long and having to carry that each and every year and never get knocked down off that pedestal, that's a big accomplishment because guys are coming for you and you're a target and to always stay on top no matter what, always being that best player in the league.

“That's how I compare him and Jordan.”

7. Let’s talk more about James’ passing because we can never do that enough. Here’s a pass he made on Christmas Day that still blows my mind.

8. James’ top assist target is Kevin Love, followed by Channing Frye. They each average more than one made three off an assist from James per game.

10. Seriously, these are really my favorite LeBron passes, the speeding cross-court bullets that go exactly where he wants them to someone the defense doesn’t even realize is open.

11. Speaking of threes, James is having the best three-point shooting season of his career. His 4.9 attempts tie a career high, his 1.9 made threes is a career high, and his 37.7 percent shooting is third-best in his career. (He had one season shooting 40.6 percent behind the arc in Miami, but it came on an attempt and a half less per game.)

14. If you’re wondering how James’ game will age, maybe extremely well if he’s turned into a lethal spot-up shooter.

15. His overall percentage is dragged down by his 2.5 pull-up attempted threes per game, but if he’s catching and firing, it goes in more than half the time.

16. James can explain why: “I don't know. It must be the wine drinking. Get better with age, I guess.”

17. James certainly played his best playoff series ever last Finals. Here’s something we only just now realized about it:

18. LeBron won SI Sportsman of the Year, but we all know he robbed the truly deserving candidate.

19. That reminds me! The best Christmas present I got was the NBA uploading the final three minutes of Game 7. This is the best series I’ve ever watched, and an absolutely incredible finish.

20. LeBron James played 47 minutes. How did he still catch up and block Andre Iguodala!?

21. I once spent 47 minutes playing that little game on Chrome that comes up when your internet is down, but I don’t think that’s quite as impressive.

22. That wasn’t about LeBron James. Neither is this one. The headline lied to you and I am very sorry.

23. The amount of minutes James has played is astonishing: at 32, he’s on the verge of becoming the 33rd player with 40,000 minutes played. (He’ll hit that in late January at his current rate.)

25. All that, and the fewest number of games James has ever played in a season is 62 — or, every game during the 2011-12 lockout season. That’s the fewest. Two seasons ago in Cleveland, James only played 69. He has played 75 games or more in every other season to date. His consistency is absurd.

26. No wonder he’s already the No. 8 all-time scorer in the NBA. He’s on pace to pass Shaquille O’Neal by late March this season.

27. That stat still blows my mind. Only seven people have currently scored more points in the NBA than James.

28. More like LeEighthInScoring James. (That nickname surprising did not show up on our studious rankings of the top 142 LeSomething James insults.)

29. If you’re ever having a bad day, just remember you could have been LeBron’s sleeves.

30. Can you tell I’m running out of things to say? OK, it’s getting kind of obvious now. Um um well here’s a LeBron video I really enjoy.

31. I didn’t grow up watching Michael Jordan, so I won’t argue with anyone who says he’s better. But for me, LeBron James is the greatest, most consistent athlete I’ve ever watched over the course of the past decade. He’s not my favorite necessarily, nor is he perfect in any way, and I get why some people dislike him. But it’s just a daily joy to watch him play the best sport out there. 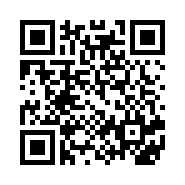