Ft. Lauderdale – And then there was one Glasgow.

After Friday night's Orange Bowl, Michigan’s football roster will carry only the name of the last of three Glasgow brothers who have distinguished themselves with successful careers with the Wolverines.

Graham Glasgow was the first, the self-proclaimed “no-star” high school recruit who started the pipeline from the Glasgow home in Aurora, Illinois, to Michigan. Graham, a former walk-on at Michigan, is now a Lions rookie; Ryan, also a former walk-on, was All-Big Ten second team this season as a defensive tackle and is projected to be a second-day NFL selection; and then there’s kid brother Jordan Glasgow, a redshirt freshman walk-on who has turned heads during the Wolverines’ bowl practices.

Even with all of that, Ryan Glasgow said he never sits back and thinks, “Wow, what a story this family has become as part of the Michigan football program.”

“(I’m) enjoying the moment and not really thinking about it,” Glasgow said this week. “It is a pretty good story I guess, but it’s not something you realize right now. You’re trying to do your job and try to make the most of it.”

He hasn’t spent much time thinking about it, because he doesn’t really believe what they’ve done as a trio of brothers was unexpected.

Last year, all three brothers were on the Michigan roster at the same time. Graham would always say Jordan is the best athlete of the three, and Ryan has confirmed that evaluation.

Ryan ranked the brothers in order of athleticism.

He laughed, exposing the missing front tooth he lost when he was 11. He has explained that was the result of a bicycle accident caused by Jordan.

While the Glasgows keep from focusing on the uniqueness of their family football story, their teammates find it fascinating.

“I was just talking to Ryan about this two days ago,” senior defensive lineman Chris Wormley said Wednesday. “I think some people are late bloomers. Also, hard work and what they’ve done is incredible. Graham in the NFL, Ryan will be in the NFL next year, Jordan’s probably going to get a scholarship in the next two years.

“They work their butts off but also that’s what the Glasgow clan is – they work hard, they don’t quit, they don’t take no for an answer, and it pays off. They’re successful at what they do on the field but also off the field. Jordan’s in the business school here, which he works his butt off with; Ryan just graduated with an economics degree. So it’s not only football, it’s life that they work really hard at, and it’s nice to see they’re working hard for what they want.”

After the Orange Bowl, Ryan Glasgow will head to San Diego to begin training for the NFL draft.

Mel Kiper, ESPN’s NFL draft analyst, is high on Glasgow’s potential and projects him as a third-round selection.

“I like Glasgow a lot,” Kiper told The Detroit News. “He’s a really good player. I don’t know how high he’ll go, third or fourth round, but he will play.”

Glasgow intends to impress NFL scouts. He will play in the Senior Bowl in January and was asked how he thinks he could do in the NFL combine.

He wants to hit 25 reps of 225 pounds, but since tearing his pectoral muscle late last season, 24 has been his max.

And as another Glasgow is about to make his mark in the NFL, Jordan will try to make his at Michigan.

Michigan defensive coordinator Don Brown on Wednesday said Jordan Glasgow, who played in the 12 regular-season games on special teams and made a key tackle to stop an Ohio State fake punt, has been impressive in bowl practices.

If Jabrill Peppers opts to leave Michigan after the bowl for the NFL, Brown said Glasgow could help fill that void.

“All of a sudden we fooled with him in the bowl practices and I’m going, ‘Damn, this guy’s doing things a lot better,’” Brown said of Glasgow. “He can rush it a little bit, so I’m sure he’s got a little bit of that going. He can cover a little bit. He’s a tough guy. He set the edge on a counter play (Tuesday), and I was kind of like, ‘Damn, this guy’s playing pretty good.’”

But the Glasgow brothers already knew that. 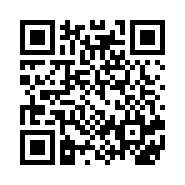