The Georgia Bulldogs defeated the TCU Horned Frogs, 31-23, at the Liberty Bowl Friday to give first-year coach Kirby Smart his first career bowl victory as a head coach.

TCU’s defense thoroughly dominated the Bulldogs in the first half. However, Georgia was able to get on the scoreboard thanks to a couple of big plays. Sony Michel punched in a touchdown following a 77-yard catch and run by Isaiah McKenzie on Georgia’s second drive. Michel provided Georgia another touchdown with a catch and run of his own as the first half wound down, taking a Jacob Eason pass 33 yards to put the Bulldogs behind by only two points, 16-14, thanks to a missed extra point from TCU kicker Brandon Hatfield.

The missed extra point ended up being crucial. The teams exchanged scored in the third quarter to bring the score to 23-21 heading into the final period. A made field goal from UGA kicker Rodrigo Blankenship and missed one by Hatfield kept the score at 24-23 for most of the half, before a late touchdown run by Nick Chubb gave Georgia the 31-23 victory.

Georgia running back Sony Michel falls into the end zone for a touchdown over TCU linebacker Sammy Douglas to give the Bulldogs an early lead at the Liberty Bowl Dec. 30, 2016, in Memphis, Tenn. Michael Chang/Getty Images

Here’s some more about the game:

Sign up for free e-newsletters to get more of AJC delivered to your inbox. 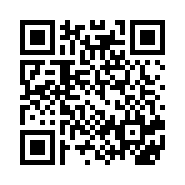