Aficionados of stupid lawyer tricks will recall the exploits of the Prenda Law firm, which we began chronicling in 2013. Prenda — or its masterminds, John L. Steele and Paul R. Hansmeier — filed scores of scattershot lawsuits accusing ordinary Internet users of downloading pornographic videos without authorization.

FROM OUR PARTNERS: This revolutionary device could save gunshot victims from bleeding out.
Unmute
Current Time0:36
/
Duration Time1:05
Loaded: 0%
Progress: 0%

That’s the allegation in an incredibly detailed 18-count indictment of Steele and Hansmeier handed up by a federal grand jury in Minnesota on Dec. 14. Both lawyers have been arrested and are out on $100,000 bond each. The feds may have lowballed the pair’s gains, as it happens; in a smirking 2012 interview with Forbes, Steele bragged that they had collected nearly $15 million from 5,000 defendants.

(Steele and Hansmeier) suffer from a form of moral turpitude unbecoming of an officer of the court.— Los Angeles Federal Judge Otis D. Wright as he began to lower the boom on Prenda Law

“This is a devastating indictment,” says Los Angeles lawyer Ken White of the Popehat legal blog, perhaps the most assiduous Prenda-tracker. He acknowledges that an indictment is not proof of a crime — that’s up to a jury or judge to decide — but “the detail level suggests that the feds have amassed a vast amount of documentary evidence … [and] strongly suggests that the feds have flipped some former employees, who are now testifying for the government.”

Wright told a lawyer for Steele, “If you say answering these kinds of questions would incriminate him, I’m inclined to take you at your word.” Finding that the lawyers “suffer from a form of moral turpitude unbecoming of an officer of the court,” Wright slapped them with stiff sanctions for contempt, pledged to warn other federal judges about their shenanigans and said he would refer Steele and Hansmeier to officials of the state bars of Illinois and Minnesota, where they were licensed, and to federal law enforcement officials. Minnesota authorities suspended Hansmeier’s law license earlier this year.

The lawyers suffered a string ofcourtroom reversals. When they appealed Wright’s contempt penalties to the 9th Circuit Court of Appeals in 2015,Judge Harry Pregerson had their number. “This was an ingenious, crooked, extortionate operation,” he said from the bench. The appeals court upheld the sanctions.

The federal indictment accuses Steele and Hansmeier of mail fraud and wire fraud, conspiracy to commit money laundering and conspiracy to commit and suborn perjury. It says they operated through Prenda and seven other firms and companies to conduct “an elaborate scheme to fraudulently obtain millions of dollars … by deceiving state and federal courts throughout the country.”

They used “sham entities to obtain copyrights to pornographic movies — some of which they filmed themselves — and then uploaded those movies to file-sharing websites in order to lure people to download the movies,” the indictment reads.

They would file sham lawsuits to obtain permission from judges to subpoena Internet service providers for the identities of their subscribers, then would threaten the subscribers to obtain payoffs — “lawsuits that were nothing more than a shakedown,” U.S. Atty. Andrew Luger of Minneapolis said when the indictment was unsealed Dec. 16. Neither Hansmeier nor Steele could be reached Friday, nor could Hansmeier’s attorney at the Minnesota Federal Public Defender’s office.

How does a city official make more in retirement than when he was working?

Child abuse in the military: The short, sad life of Rylan Ott 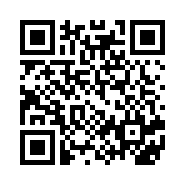