The U.S. military was unable to shoot down an incoming dummy missile in a test carried out on Wednesday, an official said.

The official, speaking on the condition of anonymity, told Reuters that an SM-3 Block IIA missile launched from an Aegis Ashore test site in Hawaii failed to hit another missile fired from an aircraft.

North Korean leader Kim Jong-Un, whose government was branded as 'depraved' by President Donald Trump in his State of the Union address. The U.S. has recently increased its attempts to defend against incoming missiles as fears mount over North Korea's nuclear arsenal STR/AFP/Getty

The official said it was still unclear why the test failed, adding that a full analysis of the experiment is still underway.

Developed by defense contractor Raytheon Co, the missile that was used is meant to reduce the threat posed by intermediate range missiles.

The Missile Defense Agency did not immediately respond to a request for comment. However, it did confirm to Reuters that a test had taken place.

An earlier test to see if the military could intercept a missile also failed last June, Reuters reported. However, there was a successful test in early 2017.

Most popular: Does Coffee Cause Cancer? California Cuppas Could Soon Carry Warning

In his first State of the Union address on Tuesday, President Donald Trump warned Americans that North Korea's developing nuclear missile program could "very soon threaten our homeland" and vowed to take strong measures to prevent that from happening.

"No regime has oppressed its own citizens more totally or brutally than the cruel dictatorship in North Korea. North Korea's reckless pursuit of nuclear missiles could very soon threaten our homeland," Trump said during the speech. "We are waging a campaign of maximum pressure to prevent that from happening."

Threats exchanged online between Trump and North Korean leader Kim Jong-Un have increased tensions between the two countries, with North Korea ramping up its missile launches, with some flying over Japanese territory.

Japan recently made the decision to expand its ballistic missile defense system, with the U.S. approving the $133 million sale of anti-ballistic missiles to the country earlier this year to help it defend itself from the growing North Korean threat.

This article was first written by Newsweek 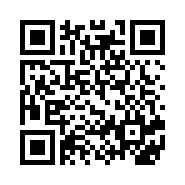