A train carrying dozens of Republican members of Congress to an annual retreat hit a garbage truck in Virginia on Wednesday, killing one person who was in the vehicle, officials said.

The Amtrak train, which was en route to West Virginia from Washington, D.C., collided with the truck west of Crozet, Va., at approximately 11:20 a.m. ET, an Amtrak official told Yahoo News.

“Two Amtrak crew members and three passengers were transported to a local hospital with minor injuries,” the Amtrak spokesperson said. “Local law enforcement is investigating the incident and crews are inspecting equipment for damage.”

Sen. Jeff Flake, R-Ariz., one of the GOP lawmakers who was on the train, told CNN that one person in the truck was killed and two others were injured. One of the injured was airlifted from the scene, Flake said, and he and other lawmakers and emergency personnel carried the other to an ambulance.

Flake said some members may have suffered minor injuries, but none appeared to be serious.

An aide for Rep. Jason Lewis told ABC News that the Minnesota Republican was “taken to the hospital and examined for possible concussion following train collision.”

“The train carrying GOP members to our retreat had a collision, but Rebecca and I are both okay,” Rep. Bradley Byrne, R-Ala., wrote on Twitter. “Security and doctors on board are helping secure the scene and treat injuries.”

On social media, several lawmakers and local news outlets shared photos of the wreckage at the scene.

At the White House, press secretary Sarah Sanders said President Trump had been “fully briefed” on the situation in Virginia.

“There is one confirmed fatality and one serious injury,” Sanders said in a statement. “There are no serious injuries among members of Congress or their staff. Senior administration officials are in regular contact with Amtrak and state and local authorities. Our thoughts and prayers are with everyone that has been affected by this incident.”

Sanders added that the president spoke to House Speaker Paul Ryan, who was on the train, and that “all members of Congress and congressional staff escaped serious injury.”

“It was a pretty rough hit, that’s what they all tell me,” the president added.

Trump is scheduled to attend the three-day retreat at the Greenbrier Resort in White Sulphur Springs, W.Va., on Thursday. Vice President Mike Pence, who was scheduled to speak there later Wednesday, said he still intends to do so. 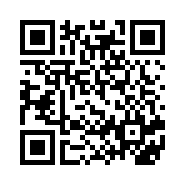