The New York Daily News’ review of President Donald Trump’s State of the Union address is in. And the president probably won’t enjoy his hometown newspaper’s take on Tuesday’s speech.

For its Wednesday cover, the New York tabloid used the headline, “What A Load Of Clap,” with a photograph of Trump applauding his own address:

Trump repeatedly clapped at his own comments during the speech, a fact that did not go unnoticed on Twitter.

The Daily News’ has fiercely criticized Trump since before his 2016 election victory. It has previously used its cover to depict Trump as a clown, call him “racist” and “stupid,” and brand his feud with former White House strategist Steve Bannon a “cuck fight.” 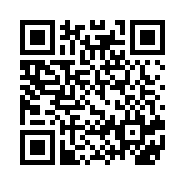