If Revis is released by the New York Jets …

More than a few people have suggested Revis is a perfect fit for the Steelers. Because of his experience. Because he has ties here after growing up in Aliquippa and playing at Pitt where he was one of the greatest players in school history. Most of all, because the Steelers need secondary help.

That isn’t so much because of Revis’ legal jackpot after being charged with four felonies and one misdemeanor after his role in the South Side dustup early Feb. 12, although he clearly is guilty. Not criminally, necessarily. But of being stupid for being out at 2:30 a.m. in a dangerous place where nothing good happens at that hour and putting himself in a vulnerable situation. Yes, this is America. Even celebrities are entitled to go where they please. But when a person such as Revis has so much to lose? His net worth is estimated at $30 million. I know I would be avoiding the South Side when the bars are closing. Certainly, I would walk away — no, run away — from the first sign of trouble.

Revis turned himself into police Friday night and has a preliminary hearing Thursday. The incident allegedly happened after a couple of men recognized Revis and one began to videotape him with a cellphone. There are different accounts of what then happened. The two men said Revis told them to stop the taping, grabbed the cellphone and threw it on the street. They said the next thing they knew they woke up and were talking to police after being knocked unconscious. One of the victims had broken bones around his eye.

TMZ Sports released an 11-second video over the weekend showing two men on a South Side sidewalk. Police confirmed to TMZ that the film was from the aftermath of the Revis incident. A man, off camera, can be heard saying on the video, “I knocked both of those [expletive] out. Both of them. They both sleeping. Shut up before I knock your [expletive] out next.” That is consistent with a witness who told police that Revis approached him with his fist in a ball and screamed, “Do you want to be next?”

Revis’ attorneys say the tape will exonerate him because the voice clearly isn’t his. “Darrelle Revis absolutely, categorically and positively did not knock out anyone, did not conspire with anyone to commit an assault, did not say ‘shut up before I knock your [expletive] out next’ and surely did not ‘rob’ anyone of a cellphone,” the attorneys said in a statement.

The legal system will have to sort this one out.

Even if Revis is cleared by both the courts and the NFL, his time with the Jets appears to be finished. The team would love to void his five-year, $70 million contract signed before the 2015 season — he is due to make $13 million next season with $6 million guaranteed — because of the South Side incident. He seems certain to be cut before March 10 when he is to get a $2 million roster bonus.

We all know the Jets would find a way to keep Revis despite his legal troubles if they thought he still could play. But he turns 32 in July, an age when even the greatest players begin to lose it. Ask Troy Polamalu. Revis — the man who made Revis Island famous because opposing quarterbacks wouldn’t throw to his side of the field — had an awful 2016 season. He couldn’t cover anyone. He avoided contact. His heart and effort were questioned.

It’s possible Revis could resurrect his career by moving from cornerback to safety. That’s what Rod Woodson did after he left the Steelers as a free agent after the 1996 season. He went on to play a season with the San Francisco 49ers, four with the Baltimore Ravens and two with the Oakland Raiders on his way to the Hall of Fame. Dan Rooney still will tell you that letting Woodson go might have been the Steelers’ worst personnel decision.

But the Steelers need a cornerback, not a safety. Mike Mitchell had a fine year and is signed through the 2018 season. Rookie Sean Davis improved significantly during the 2016 season and appears headed to a long career. It’s possible the Steelers could bring in Revis to play safety — if the price is right — and play Davis at slot corner, but that doesn’t make sense. Davis is comfortable at safety. There is no need to move him. There’s also no reason to believe Revis could be the next Woodson. The guess here is the Jets won’t regret parting ways with him.

“The Jets need to cleanse themselves from the Revis stench as soon as possible,” Manish Mehta wrote last week in the New York Daily News. “He’s simply not worth the distraction. The sooner the organization distances itself from Revis, the better.”

Ron Cook: rcook@post-gazette.com and Twitter@RonCookPG. Ron Cook can be heard on the “Cook and Poni” show weekdays from 10 a.m. to 2 p.m. on 93.7 The Fan. 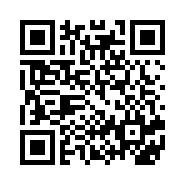