Blake Peters is a freshman at Evanston Township High School in Illinois. And on Friday night, Peters did something more memorable than everything you ever did as a high school freshman on Friday nights combined.

Peters snatched a rebound off a missed free throw with 2.6 seconds left and his team down 44-42. He hurled a baseball pass the length of the court, and … Splash!

Sports fans use the word “unbelievable” a lot. This truly almost is unbelievable.

Maine South, Evanston’s opponent, was at the free throw line with a chance to go up three. Some teams in this situation – including, perhaps most memorably, Duke in the 2010 national championship game against Butler – will miss the free throw intentionally. That’s not what happened here, but the point is that a team’s win probability isn’t affected much either way by the miss.

Unless, of course, somebody with Peters’ magic touch is on the block, waiting for the rebound.

He even had to wrestle the ball away from a Maine South player before he could take a dribble and let fly. He didn’t even put his left hand back on the ball, and got the heave off with around a full second left of the clock:

Peters’ teammates, understandably, stormed off the bench. Students and cheerleaders joined in the wild celebrations. The pile of humans over by the scorer’s table didn’t look completely safe, but as long as nobody was injured, nobody will care. What a moment.

Oh, and watch the video from Evanston Athletics’ Twitter account again. Watch the Main South player who missed the free throw … He knows it’s good from the moment it leaves Peters’ hand! He doesn’t even turn around to watch the ball fly through the air: 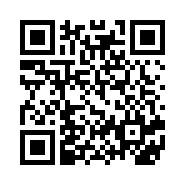