The families of men who died in the Quebec City mosque shooting don't have the right to financial assistance despite the loss of their breadwinners, according to Quebec's compensation board for victims of crime.

They are entitled to psychological services, but not financial compensation — which is reserved for victims injured at the scene — under the eligibility rules of the Indemnisation des victimes d'actes criminels (IVAC).

The widow of Aboubaker Thabti, one of six men killed in the shooting, applied for financial assistance through IVAC, claiming she, too, is a victim of trauma and has been unable to work since her husband's death.

Her application was denied.

Lawyer Marc Bellemare, who represents Thabti and the loved ones of other victims, is contesting IVAC's ruling at the Quebec administrative tribunal, which can overturn its decisions.

He said offering widows therapy isn't sufficient, as they now struggle to support themselves and their children.

"They suffer a lot, and they suffer more because they don't have money to butter their bread," Bellemare told CBC News.

Bellemare says he's is confident the families will receive compensation in the end, but notes there is such a backlog of cases that the wait for an appeal hearing is 25 to 27 months.

He says there's a precedent for compensating families of murder victims.

In 2013, the tribunal ruled that his client, Patrick Desautels, who found his three children slain in 2012, was entitled to financial support through IVAC.

That was the first time in four decades IVAC was forced to expand its definition of "victim."

The administrative tribunal is not bound by legal precedents, but Bellemare said he still believes the nine people he's representing will win their cases.

"These people will have permanent disability," he said.

Bellemare said such a demonstration of support is not enough.

"Couillard will say he's helping the people, will do everything for them, but that's not the way it is on the ground. On the ground, they don't receive anything from the government," he said.

​This story is part of CBC's in-depth look at the aftermath of the shooting at the mosque in Quebec City one year ago. CBC will also have special coverage of the commemorative events on Monday, Jan. 29, including live radio, TV and online broadcasts. 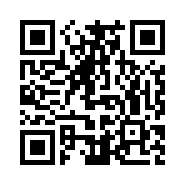