The team did not announce the cause of death. KMVP, the team’s radio flagship in Phoenix, reports that Lassiter died of a heart attack while working out.

Lassiter played 10 seasons in the NFL from 1995-2004. He spent his first eight seasons with the Cardinals before stints with the San Diego Chargers and St. Louis Rams to end his career. He joined the Cardinals as a 26-year-old rookie out of Kansas.

“We were all devastated to learn of Kwamie’s passing today and our hearts go out to all of his family and friends,” Cardinals president Michael Bidwill said in a statement. “Kwamie came to the Cardinals, as an undrafted rookie free agent. He not only became a key contributor to our team for eight seasons but continued to make an impact on this community after his playing days ended. He will be missed greatly.”

“My heart goes out to the family of Kwamie Lassiter,” Fitzgerald wrote. “He was a marvelous human being, inspiring so many people in our community in so many ways with his soul and compassion. He will be deeply missed by everyone. Rest in peace, my friend.”

Lassiter tallied 588 tackles, 25 interceptions, 34 passes defensed and four sacks during his career. He was a Pro Bowl alternate in 2001 when he logged nine interceptions. He tallied four interceptions in 1998’s season finale against the Chargers that helped propel the Cardinals to the playoffs.

Lassiter is survived by his children Kwamie II, Eric, Kwinton, Kwincy, Darius, KaVon, Devon and Darian, according to the Cardinals. 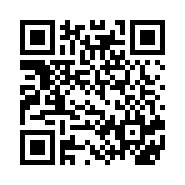