really wants you to know how great the Republican tax cuts are.

Worried that the partisan Nunes memo released Friday will undermine the FBI’s ability to do its job? Ryan is happy to remind you, ”The tax cuts are working.”

On Saturday, Ryan outdid himself again with a tweet bragging about the extra $1.50 a week that a Pennsylvania secretary is making thanks to the GOP legislation.

“A secretary at a public high school in Lancaster, PA, said she was pleasantly surprised her pay went up $1.50 a week ... she said [that] will more than cover her Costco membership for the year,” Ryan tweeted on Saturday.

The tweet refers to an anecdote about the secretary, Julia Ketchum, in an Associated Press article.

A dollar and 50 cents a week amounts to $78 a year. Although every little bit counts for Americans living paycheck to paycheck, an extra $78 a year is a very small amount of money by any standard.

To be fair, the $1.50 figure likely reflects Ketchum’s reduced tax withholding in her paycheck due to lower tax rates. As a result of increases in deductions, including a doubling of the standard deduction, she may also get more money back after filing her 2018 taxes next spring.

House Speaker Paul Ryan (R-Wis.) touted the extra $1.50 a week that a secretary would be getting thanks to the tax cut. (Leah Millis/Reuters)

Ketchum’s experience nonetheless exemplifies a fundamental truth about the tax bill: The gains it provides ordinary people pale in comparison to the boost it gives the super-wealthy.

Middle-class households will, on average, see a $930 increase ― or 1.6 percent boost ― in after-tax income thanks to the GOP tax cut, according to the nonpartisan Tax Policy Center.

Notably, other policies more targeted at lower- and middle-income Americans have been shown to provide significant increases in Americans’ hourly take-home pay, as opposed to the boost Ketchum is seeing in her weekly check.

Raising the federal minimum wage from its current level of $7.25 an hour to $15 an hour by 2024 would raise pay for almost one-third of American workers, according to an analysis by the Economic Policy Institute, a progressive think tank. The average full-time worker affected by the increase would get a $3,500 raise once the $15 minimum is phased in, the EPI estimates.

Another key avenue for workers seeking higher wages that grow in tandem with their employers’ profits are labor unions. In 2017, the median pay of a unionized worker was 25.6 percent higher than the median pay of a non-union worker, according to the Bureau of Labor Statistics.

Yet Ryan and his Republican allies are deeply opposed to increasing the minimum wage or making it easier for labor unions to organize. For example, Ryan supported Wisconsin Gov. Scott Walker’s (R) successful 2011 bid to strip Wisconsin’s public sector workers of their collective bargaining rights. 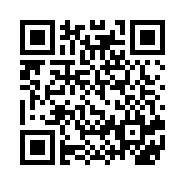