LaVar Ball, father of UCLA Basketball freshman point guard Lonzo Ball, is once again comparing his son to Steph Curry, or rather blatantly stating he is better than Curry.

No stage is too big for LaVar Ball who seems to say just about anything he wants wherever he goes, or to whoever goes to him (I see you TMZ). The father of Bruin point guard Lonzo Ball once again gave his outspoken opinion about his son during a telecast of the UCLA Basketball team.

Sure the action was on the court as the Bruins were on their way to a 102-70 victory over the USC Trojans, but the show was in the stands as LaVar Ball once again stated that Lonzo Ball was better than Steph Curry of the Golden State Warriors.

This comes three days after his first proclamation that Lonzo will be a better basketball player than Curry.

An interesting take, but one that does not exactly have any merit as Lonzo is still trying to finish his first year in college with the Bruins who are 2.5 games back of Arizona for the lead lead in the Pac-12 and Curry is a seven year NBA vet, a 4-time NBA All-Star, a two-time NBA MVP and an NBA Champion.

I understand LaVar Ball’s belief in his son, but as a helicopter parent, he is an assault chopper. Though he is proud of his son’s talents, as he should be, he is making claims that he does not have to live up to, but his son does.

Trust me, I want Lonzo Ball to do exceedingly well in the NBA, but success is not going to fall in his lap. First off, Lonzo is not going to a team like the Golden State Warriors or the Cleveland Cavaliers in his first go-round. With his talents, it seems likely that he will be a top 3 pick in the NBA Draft, going to one of the three worst teams in the NBA (unless some crazy trade happens).

Secondly, Lonzo, not LaVar, is going to have to face Steph Curry sooner or later and you do not exactly want a seasoned vet — and his championship winning veteran teammates — to get into his head early in his career.

Just let him play. He is clearly talented and will do great things. Why set him up for failure with such extreme statements? But that is just one opinion. As I heard on televised sports talk show (forgive me for not remembering who said it, if it comes to me, I will update this post) “LaVar is putting a target on Lonzo’s back”. That is not exactly how you want to go into your new profession, with all the top men gunning for you.

Although, the funniest bit came when LaVar talked about switching up scenarios..

So here is an answer to that…

Golden State losing bc of an inexperienced Ball and UCLA getting sanctioned for playing a professional? https://t.co/prJKXS3czJ

I admit, that was pretty clever, but in all honesty, right now, Ball would have a hard time keeping up in the NBA. The season is much longer which NBA professionals work up to. And Lonzo might have a chance against Curry in a one-on-one, but the Larry O’Brien Trophy is not given out to the winner of a pick up game. Lonzo is on his way, just give him time.

And as for Curry on UCLA, who the NCAA would magically allow to play for the Bruins, well, UCLA would be 27-0 right now with a #1 ranking. Take THAT, Bracket Preview committee! You think I’m playin’? 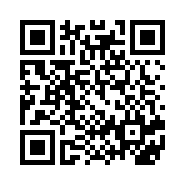