Twitter's big bet on live video might be running into trouble. Wall Street Journalsources have claimed that COO Anthony Noto, the exec that has been driving Twitter's live video push, is in talks to become the CEO of online lending startup Social Finance. Noto has reportedly been eager to take the helm of a company, and SoFi is said to be enticing him with a "significant" stake in the company if he signs on. Whether or not he jumps ship is another matter, however.

SoFi hasn't locked down the terms of the job, according to the tipsters, and a decision is expected sometime in the "coming days." Noto might decide to stay aboard, and there haven't been public signs that he was less than thrilled at Twitter -- he'd certainly be taking a less glamorous position. The COO hasn't commented on the rumor.

If Noto did leave, it could throw a wrench into Twitter's livestreaming efforts. He didn't have a perfect track record (he secured an NFL game deal in 2016 only to lose it to Amazon the next year), but whoever replaced him would have to take time getting up to speed. And that's assuming the replacement is as supportive of the concept as Noto was. If not, you could see Twitter change direction and cast uncertainty over its hopes of turning a profit. 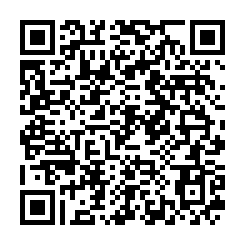